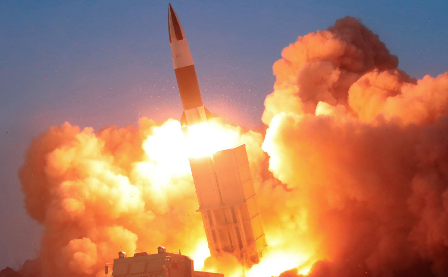 "Biden's formation of his foreign policy lineup and basic policy approach suggest that it is clear the administration will make a 180-degree turn to the bottom-up method based on working-level meetings, as opposed to the top-down method," the Asan Institute for Policy Studies said in its 2021 forecast on international affairs.

"Therefore, the North will consider playing the card of an ICBM launch in a desperate measure to break the deadlock that could get even more serious than it has been under the Trump administration," it said.