How Trump can restore the chain of command: Fire the foreign-policy hacks who lied to him, and bring the troops home by Christmas.

Nov. 23.– Looking for a coup that is succeeding? Don’t look to President Donald Trump, who is distancing himself from lawyers and apparently planning his exit. Look instead to Trump’s envoy for Syria engagement, James Jeffrey.

Jeffrey gave a valedictory exit interview to Defense One, as he was about to retire. He was astonishingly frank. And he was mostly upbeat about Trump’s foreign-policy record in the Middle East. But he was asked about Trump’s intention to withdraw all American troops from Syria, which he tweeted about and shouted down to his own national-security adviser. “What Syria withdrawal?” Jeffrey asked. “There was never a Syria withdrawal.”

Indeed. While everyone talks blatherskite about defending our Constitution from tweets and bad lawsuits, the D.C. foreign-policy “blob” has done the unthinkable. 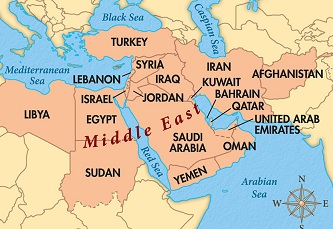 Thanks to the Pentagon’s dragging its feet and a concerted effort to steer and deceive Trump, officials in the military got the president to agree to leave just 200 troops in Syria. In fact, Jeffrey avers, it was “a lot more than” that. “We were always playing shell games to not make clear to our leadership how many troops we had there,” he said. Jeffrey lied to the president, so that the president would lie to the American people!
(...)