What are your thoughts on the Great Reset? Are you for it, or are you against it? On one

side, there are those who view it as a force for good, a much-needed reboot for humanity. These people, most of whom lean left and probably enjoy The Guardian, see it as a way to tackle the dramatic effects of climate change and the gross effects of capitalism.

On the other side, we have outspoken critics. They view the Reset as an existential threat to mankind. It’s nothing but a shameless power grab. The puppet masters, they warn, seek to rob us of our agency. Who is right, and who is wrong?

Before going any further, though, it’s important to ask one important question: What is the Great Reset, anyway? The Washington Post would have us believe that democracy dies in darkness. In reality, though, it dies in Davos. Now, this line might sound cheap, even conspiratorial, but it’s not. Consider the following:

These are not lines from a George Orwell novel. No, they’re taken directly from an article written by Ida Auken, a World Economic Forum (WEF) contributor.

Each year, the WEF’s members, many of whom are high-ranking politicians and big tech players, meet in Davos, Switzerland. What do they discuss?

Well, in recent times, there has been a heavy emphasis on “social justice,” a catch-all term used to address issues such as wealth distribution, employment opportunities, and, of course, privilege, or lack thereof. Last year, Mark Doumba, a forum member, wrote a very telling piece. He argues for the Reset to “place social justice at its center.” Furthermore, “wealth,” according to the impassioned author, “needs to be more broadly redistributed.” In other words, “capitalism as we know it needs to be reformed.” Perhaps it does. However, it seems rather preposterous to think that the WEF, largely composed of millionaires and billionaires (Bill Gates is a consultant, as is Eric Schmidt, the former CEO of Google), is the best organization to address global inequalities.

Also, it’s important to remember that the term “social justice” is a semantic shapeshifter. Its slipperiness means it can be used to justify just about anything. As the writer Colin Turfus recently noted, the term is “arguably a form of nihilism: it doesn’t really believe in anything, bar the validity of its dialectical reasoning as the sole means of achieving a just social order and societal improvement more generally.”

One needn’t be a card-carrying QAnon member to question the purpose of the Great Reset. After all, we’ve already had a Great Reset, in the form of a deadly pandemic. The experts that led the way—people like Dr. Fauci and organizations like the WHO—failed us. More importantly, they lied to us, repeatedly. Remember, many months ago, when people like Bret Weinstein and Heather Heying, two evolutionary biologists, questioned the origins of the virus? They were criticized and ridiculed, mercilessly so. Two highly qualified scientists had the audacity to challenge the overarching narrative, and for that, they were censored, quite literally. 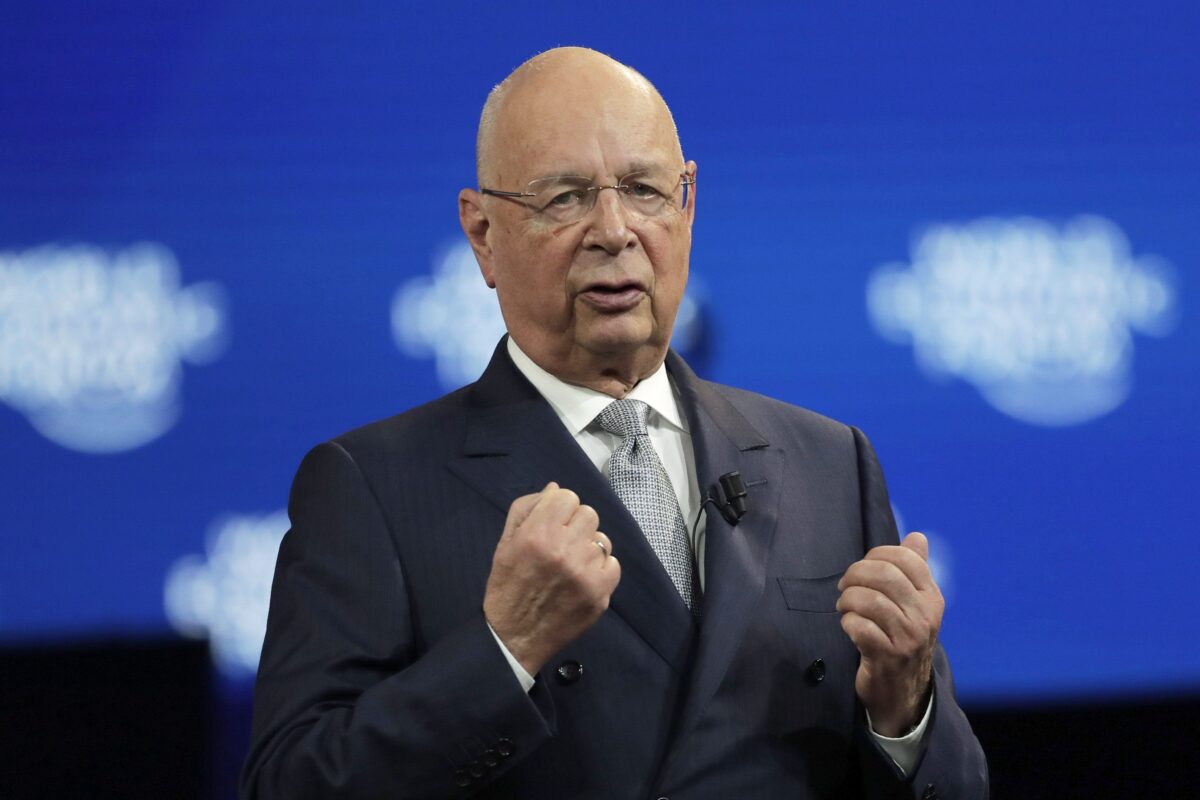 Klaus SchwabLast year, Klaus Schwab, the head of the WEF, wrote a rather chilling article outlining the ways in which the Great Reset will occur. Participation is a must. You cannot opt out.

“Every country, from the United States to China, must participate,” and “every industry, from oil and gas to tech, must be transformed.” In short, he argues, “we need a ‘Great Reset’ of capitalism.”

This is a hyper-influential millionaire, one of the most powerful men in the world, discussing the destruction of the very thing that helped him become a millionaire. Forgive me if I am just a little confused and more than a little suspicious. Also, capitalism, for far too long, has been a dirty word. This is dangerous. The opposite of capitalism is communism, and we know how that ends. Fewer freedoms. Less individual power. Less freedom of speech.

The Great Reset, in many ways, revolves around the concept of control. Controlling where you go, what you say, when you say it, and how you say it. It’s social justice with Chinese characteristics. As Anthony P. Mueller, a professor of economics, writes: “The main thrust of the forum [the WEF] is global control. Free markets and individual choice do not stand as the top values, but state interventionism and collectivism.”

“Individual liberty,” he suggests, will become a thing of the past. It sounds like something straight out of the Chinese Communist Party’s (CCP) playbook. As the Chinese regime knows only too well, docile creatures are easier to manage.

Are we witnessing a period of profound change, in which our lives are being fundamentally altered? Are we little more than hapless frogs in a pot, slowly being boiled alive? If the recent pandemic has taught us anything, it’s that our freedoms can be taken away in an instant. Governments think nothing of locking people in their homes for months on end.

In the United States, lockdowns, especially in places such as California and New York City, were severe. People lost their jobs and many lost their lives. The Great Reset appears to be flirting with the idea of one extended lockdown, with brief periods of carefully monitored “freedom.” Autonomy will become a thing of the past. Samora Machel, the former socialist leader from Mozambique, famously said: “For the nation to live, the tribe must die.” Meanwhile, the despots in Davos are saying: “For globalism to live, human agency must die.”

John Mac Ghlionn** John Mac Ghlionn is a researcher and essayist. His work has been published by the likes of the New York Post, The Sydney Morning Herald, The American Conservative, National Review, Public Discourse, and other respectable outlets. He is also a columnist at Cointelegraph.

Please, help with your valued donation to offset the cost of maintaining this site and to assist us in our quest for democracy and human rights.
This site does not receive funds from any government or institution. Any amount in any major currency, from $1 up, makes a difference!
Just write down your generous donation to Democracy in the space below:

PAYPAL is the safer & easier way to contribute. You may use your credit card too.
Thanks for your generous donation!
For more info: libertad@democraciaparticipativa.net

We have 918 guests and no members online