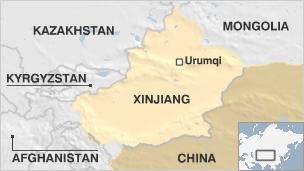 Ankara, July 19.– An official Turkish visit to the troubled north-western Chinese province of Xinjiang to assess reports of a brutal crackdown on the region’s Turkic Muslims is politically charged terrain.

On the one hand, it could shape Turkey’s challenge to conservative Gulf states’ leadership of the Islamic world. In particular, Turkish assertiveness on the Uighur matter could complicate Muslim silence about the most frontal assault on their faith in recent history. On the other hand, such assertiveness would greatly complicate Turkey’s relations with China.

The visit to assess the situation in Xinjiang was agreed in talks with Chinese leaders when Turkish president Recep Tayyip Erdogan raised the issue during a recent visit to Beijing.

Mr. Erdogan appeared to set the tone for the visit by declaring that it was possible to “find a solution to this issue that takes into consideration the sensitivities on both sides.”
(...)

back to top
Tweet
Sell not virtue to purchase wealth, nor Liberty to purchase power.
Benjamin Franklin