Persecution has intensified in the last few years against Ethiopian Christians who proclaim the gospel and plant their churches in that country. 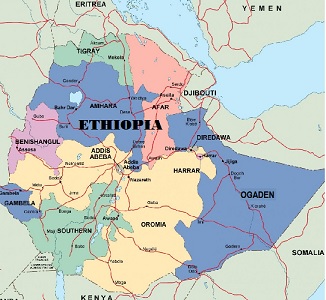 Muslims comprise roughly one-third of Ethiopia's total population and the majority concentrate in the southern Oromia region, where several large-scale attacks have accompanied the growth of Islamic extremism under the rules of Wahhabism, an especially violent form of Islam. Saudi Arabia and other Middle East Muslim countries are funding new mosques, Islamic schools, and the restoration of Islamic Wahhabi rule in the region. This rule is quite intolerant and intransigent and with its spread in the region have come devastating attacks on Christians, who in addition to losing homes, businesses and church buildings have been beaten and killed by the hundreds.

Although nearly 60% of Ethiopians identify as Christians, only about 20% are biblical in faith. The rest belong to the Ethiopian Orthodox Church (EOC), whose teachings differ dramatically from Catholic or Protestant doctrine or even from other Orthodox churches.

The EOC is especially dominant in the North and Northwestern parts of the country and regrettably have often sided with Muslims against other Christians, who are perceived as a common enemy and have carried out violent attacks against them.

In the Ogaden region, Islamists have tried for centuries to convince the predominant Somalis in the region that "to be Somali is to be Muslim" and have succeeded in enhancing a strong sense of Somali Islamic nationalism. Such a trend has resulted in a real persecution of Somalis in that region of Ethiopia who convert from Islam to Christianity. They are viewed as having betrayed their national identity. Therefore, they are beaten, ostracised, and sometimes killed.

Since 2018, the president of the Somali Regional State in Eastern Ethiopia ordered his special police force, the Liyou, to organize a large-scale attack on Christians in Jijiga, followed by attacks on other towns. The police recruited radical Muslim youth to paint red marks on 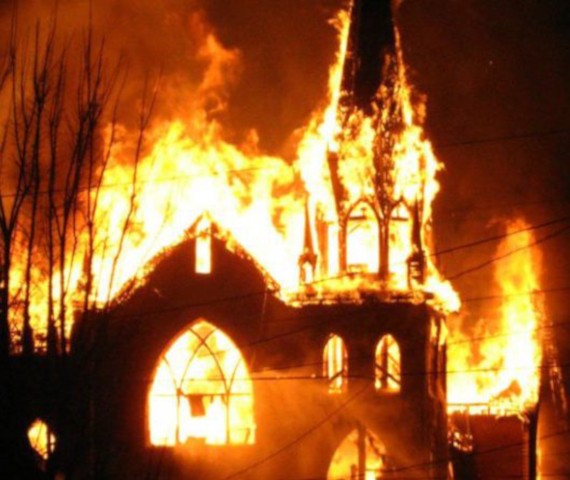 One of the churches burned in EthiopiaChristians' homes, businesses and church buildings. The Liyou followed destroying buildings and attacking believers as they fled.

Although Christians in Ethiopia face increased persecution from multiple sources, they are determined to continue sharing the gospel, loving their enemies and advancing God's kingdom.

A man named Dinaw and his family experienced this cruel violence firsthand. He was a convert to the Christian faith. Villagers had tied the door of his home shut to trap his wife and children inside before setting the house on fire. Dinaw ran back home from the fields in time to rescue his family and flee. "Our real home is heaven", he told a worker of a non-profit charity organization known as "The Voice of the Martyrs". "They only burned my earthly home, so my heart is not full of hatred and I pray for them".

back to top
The Earth does not belong to man, man belongs to the Earth. All things are connected like the blood that unites us all. Man did not weave the web of life, he is merely a strand in it. Whatever he does to the web, he does to himself.
Indian Chief Seattle (1854)

The US Commission on International Religious Freedom (USCIRF) is an independent, bipartisan U.S. federal government commission, created in 1998 by the International Religios Freedom Act (IRFA). USCIRF Commissioners are appointed by the President and the leadership of both political parties in the Senate and the House of Representatives. USCIRF's principal responsibilities are to review the facts and circumstances of violations of religious freedom internationally and to make policy recommendations to the President, the Secretary of State and Congress.

Country chapters begin with a one-page overview of USCIRF's findings, the reasons for the country's designation by USCIRF, and priority recommendations for action. Each chapter documents events that took place over the reporting period, discusses relevant legal and human rights issues, emphasizes important elements of the bilateral relationship with the U.S., and details recommendations that would promote freedom of thought, conscience, religion or belief.

We have 771 guests and no members online