[South Ossetia was an autonomous region of the Republic of Georgia. After declaring independence in 1990, Georgia was too weak to try to recover the territory by force. When Georgia tried to reunite its territory in 2008, Russian troops invaded and defeated the Goergians. The goal under the referendum being proposed since 2014 is to incorporate the terrotory to the Russian Federation]

May 30.─ Leonid Tibilov, de facto president of Georgia's breakaway Republic of South Ossetia, has been forced to abandon his plans to hold a referendum in August on amending the region's constitution to empower its leader to request South Ossetia's incorporation into the Russian Federation. On May 26, Tibilov and South Ossetia parliament speaker Anatoly Bibilov issued a joint statement announcing that the referendum will take place only after the presidential election due in early 2017.

The two men, who are widely regarded as the only candidates with any chance of winning that ballot, have long held diverging views on the optimum relationship between Russia and South Ossetia, and the time frame for achieving it. Moscow formally recognized South Ossetia as an independent sovereign state in August 2008, shortly after Russia and Georgia's five-day war over it and also recognized another breakaway Georgian authonomous region, Abkhazia.

In January 2014, Bibilov publicly advocated holding concurrently with the parliamentary elections due in June of that year a referendum on the unification within the Russian Federation of South Ossetia and Russia's Republic of North Ossetia-Alania. And in early 2015, he criticized the planned bilateral Treaty on Union Relations and Integration between Russia and South Ossetia as falling far short of the desired level of integration. That treaty obliged Moscow, among other things, to work for broader international recognition of South Ossetia, which only a handful of countries besides Russia have recognized as an independent state.

Both before and after his election as de facto president in April 2012, Tibilov stressed the need to preserve South Ossetia's nominally independent status. At the same time, he described South Ossetia's incorporation into the Russian Federation as a separate federation subject (rather than merged with North Ossetia) as the long-term dream of the region's population, although he never suggested a time frame for it.

In October, however, just months after the ratification of the bilateral Treaty on Union Relations and Integration, Tibilov announced plans for a referendum on the region's incorporation into the Russian Federation ... 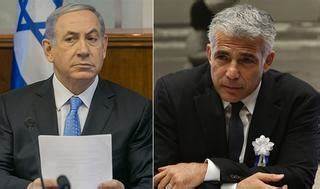 We have 587 guests and no members online